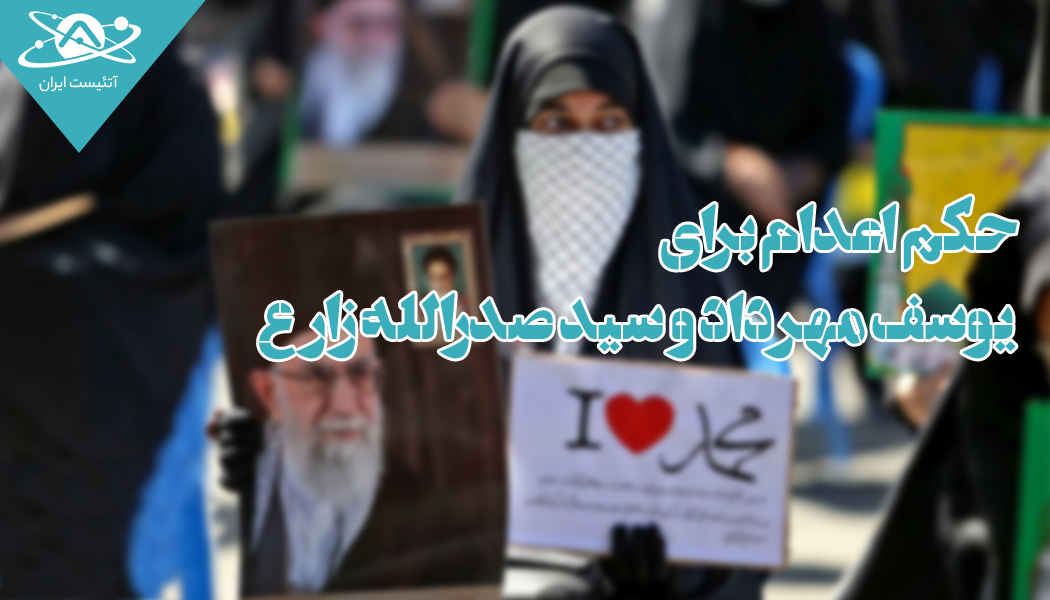 Seyed Sadrullah Fazeli Zare and Yousef Mehrad were sentenced to death in a joint case. The two prisoners we arrested by security forces in June last year and eventually transferred to Arak Prison. The trial of Yousef Mehrad, regarding the second part of this case, will be held on May 24th of 2021 in the Revolutionary Court of Arak

Seyyed Sadrullah (Amir) Fazeli Zare, 34, and Yousef Mehrad were sentenced to death in a joint case on charges of blasphemy and insulting the sanctities of Islam

Seyyed Sadrullah Fazeli Zare, who was working as a cabinet-maker and took care of his elderly mother before his arrest, is one of them convicted in this case

Yousef Mehrad, another convict, in this case, was arrested by security forces at his home in Ardabil on May 24th of 2020 and was eventually transferred to Arak Prison. He is the father of 3 young children

In another part of the case, Yousef Mehrad is accused of propaganda against the regime, forming a group, insulting the founder of the Islamic Republic, and insulting the state’s leadership

The arrest and conviction of these citizens revolve around the management and membership of a telegram channel on the subject of “criticism of superstition and religion.” In this connection, and at the same time as these two prisoners sentenced to death, at least 9 other citizens were arrested by the security forces on lighter charges and released on bail. At least one detainee has been charged with setting fire to religious books and others with publishing content or expressing opinions that the court has found to be an insult to the sacred, especially the Prophet of Islam.